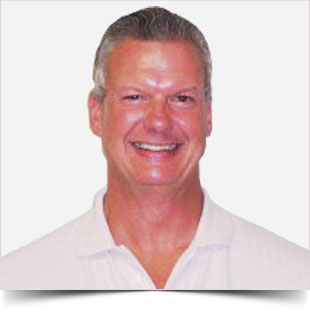 By: Barney Watson – Owner / Broker-In-Charge  / REALTOR® - RE/MAX On The Lake

Finally, spring has sprung! No more snowy forecasts. Longer, warmer days are bringing folks outside to enjoy the sunshine, blooming flowers and beautiful Lake Gaston. We've had a significant increase in potential buyers out looking at Lake Gaston properties for sale too.  The improving economy, increasing consumer confidence and low mortgage rates help motivate potential buyers.  There is a lack of inventory, of quality homes priced correctly in certain price ranges, that holds back some buyers.

All statistics are from the Roanoke Valley Lake Gaston Board of REALTORS® Multiple Listing Service and do not include private sales.

Nationally, Pending Home Sales rose solidly in February to their highest level in seven months and remain higher than a year ago, according to the National Association of Realtors (NAR).   The Pending Home Sales Index, a forward-looking indicator based on contract signings, rose 5.5 percent in February over January.  Last month's index reading is 2.6 percent above a year ago, is the highest since last April (113.6) and the second highest since May 2006 (112.5).

NAR also reports Existing Home Sales, which are completed transactions that include single-family homes, townhomes and condominiums, were down 3.7 in February over January. Despite last month's decline, February's sales pace is still 5.4 percent above a year ago.  Lawrence Yun, NAR chief economist, says closings retreated in February as too few properties for sale and weakening affordability conditions stifled buyers in most of the country.  "Newly listed properties are being snatched up quickly so far this year and leaving behind minimal choices for buyers trying to reach the market."

The Conference Confidence Index, which had increased in February, improved sharply in March. The Index now stands at 125.6, up from 116.1 in February.  "Consumer confidence increased sharply in March to its highest level since December 2000," said Lynn Franco, Director of Economic Indicators at The Conference Board. "Consumers' assessment of current business and labor market conditions improved considerably. Consumers also expressed much greater optimism regarding the short-term outlook for business, jobs and personal income prospects. Thus, consumers feel current economic conditions have improved over the recent period, and their renewed optimism suggests the possibility of some upside to the prospects for economic growth in the coming months."

If you are thinking of selling, now is the time to get you home on the market.  Make sure your property is clean and neat, in good shape and will appeal to the potential buyer.  Most importantly seek the help of a full-time REALTOR® that can provide you current and accurate information to insure the asking price is correct from the beginning.

This year should prove to be another year of growth in the real estate market and overall economy at Lake Gaston.

Barney Watson is an owner and Broker-in-Charge at RE/MAX On The Lake, 2105 Eaton's Ferry Rd, Littleton NC 27850. He is a Past President of the Roanoke Valley Lake Gaston Board of REALTORS® MLS. His cell: 252-532-3274 and web: http://lakegastonrealestate.com.

RE/MAX On The Lake Barney Watson